A passion for sculptural form coupled with pragmatic rural sensibilities. Yackandandah, Victoria.
Down 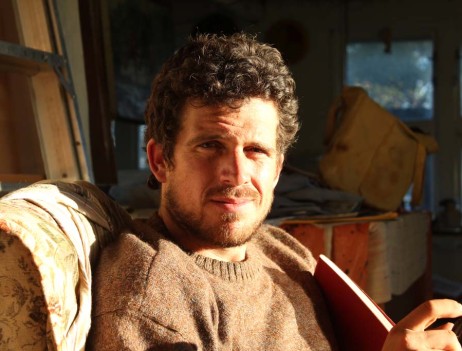 The Old Green Shed, as its known in the family, housed a flimsy metal table which would have reflected the  fluro over-head, if it were ever clean.  My fathers vice, a wooden jawed antique, earnt a worn thread during the later years of my youth. Both bench and vice participated handsomely in the structural experiments that bespeak my design rationale.

Erooded creeks crossed the family property and they became quarters to many of Old Green Shed’s tools. More accuratly – the fecund clay banks bound by a canopy of roots inherited the tools by default.

Undercut and inhabited by spiders, yabbies and a keen wombat, the slippery clay banks nurtured my childhood imaginings. A rambling noble savage returning to his humble home. Every tree, stone and shadow between creek and shed my declared domain. Over time, many an earnest dwelling depleted the store of tools.

A camoflaged twig topped fox-hole stinking of eucalyptus was the most solitary expression of domicile pursued. This severe and unfurnishable pen resembled a lazy grave. Swelling from its surrounds, it was fashioned entirely from timbers and leaf litter, as much a hazard as habitat.

Born from a large turtle sculpture, Agency of Play provides an alternative to the status-quo of civic play spaces.

Our work aims to enchorage an intimacy between people and nature.